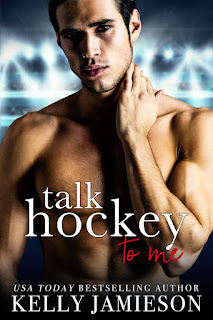 They can resist their attraction…until their hearts rocket them across the blue line.
Hunter
Timing. Hockey careers are made or broken on it, and mine has taken exceptionally broken road. I’m not a star. I’m a grinder, I work hard, and I’m finally at the point I can put the past behind me and get the fat, long-term contract I deserve.
But my agent—the man who stuck by me through every crash and burn—has had a heart attack. I need another agent now, or my one chance for the good money will slip through my fingers. Kate’s a rookie, but she loves the game like I do, so I pick up the phone. And I wonder if she remembers that one night in Cancun as vividly as I do.
Kate
Hockey. All my life I’ve lived it, breathed it, played it. Now it’s my business. As an agent, I’m tied to my phone at all hours, but nothing prepared me to hear Hunter’s voice. The last time I saw him—three years ago—there was a lot of bare skin and horny hormones involved.
I’ve handled it all in my short career—sexism, harassment, being broke, being laughed at. Resisting the attraction between us should be easy. Until it isn’t. And Hunter’s past shakes his confidence hard enough that he could make the worst decision at the worst possible time…
And don't miss these other books in the Bears Hockey series: 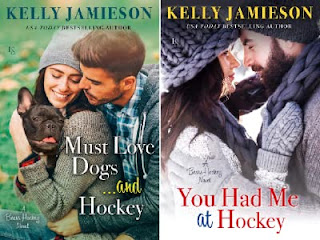 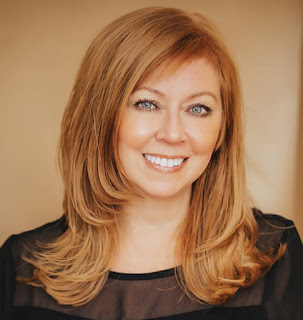 Kelly Jamieson is a USA Today best-selling author of over fifty romance novels and novellas. Her writing has been described as “emotionally complex”, “sweet and satisfying” and “blisteringly sexy”. She likes her coffee black, her wine white (mostly!) and her heels high, and she loves hockey!
Where you can find Kelly:
Website
Twitter
Facebook
Goodreads
Pinterest
Instagram
Sign up for her newsletter
at May 13, 2021 No comments:

This month we welcome Jenny Schwartz (author of the Interstellar Sheriff series) to the blog!

Did you know that western movies were once called "horse operas"? That piece of trivia helped inspire my Interstellar Sheriff series. I wanted to go on a grand adventure on the galactic frontier. My characters got to go in my place. It's crazy and fun, and at times, scarily intense. I think everyone should have an artificial intelligence as their guardian angel/best friend. "Space Baby" has just released, and is the final book in the series. 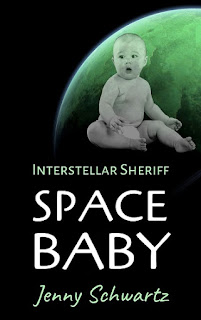 Four years ago, Thelma Bach thought she’d lost everything when she was exiled to the Saloon Sector. She was wrong. Life on the frontier has given her the galaxy’s best—if sometimes most stubborn—husband, the cutest ever baby boy, an adolescent AI who thinks of Thelma as her mom, and the most loyal, loving and meddlesome group of family and friends anyone could wish for.
But when her son’s life is threatened, Thelma’s perfect world comes crashing down.
The galaxy will learn that there’s no force in the universe as powerful as a mother determined to save her child. The Badstars will tremble. Murderous truths will be revealed. And one special baby will find his voice. “Ma?”

A millennium into the future, the Saloon Sector is where the Wild West meets the 1950s, in space, with robots. It’s where careers go to die. 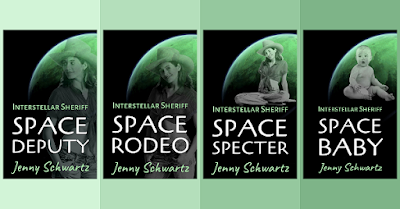 Thelma Bach graduated top of her class after four years at the Galactic Justice academy. But she’s a Rock Sector citizen. The core worlders were never going to let her transcend her background. So she’s been assigned to serve her seven years as a deputy in the Saloon Sector. The message for the Federation’s out-world citizens is clear: you’ll never be our equal, so don’t even try.

The stuffy bureaucrats of the Galactic Justice service chose the wrong person to push around. Thelma will subvert her interstellar sheriff, charm artificial intelligences, fight bandits and hunt the legendary Eldorado Cache. But with the frontier region holding secrets of its own, she needs to choose her new allies wisely because a scary, business-suited enemy is hunting her. 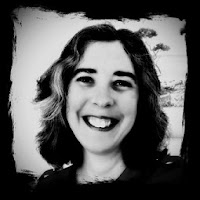 After a varied career working as an alien spacecraft engineer, a time traveler and a cryptid wrangler – and since no one would believe her stories were true – Jenny Schwartz now self-identifies as a novelist. She lives in Australia and her hobbies include earworm hexing and chocolate connoisseurship.

One Hot Little Month for Books 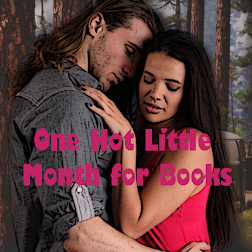